The history and longevity of universities from around the world is evidence of their success.

American economics professor and academic administrator Clark Kerr identified 85 institutions that featured a clear continuity of structure and function from 1520 to today. Seventy of these institutions were and still are universities.

The ability to reinvent themselves over the years means universities have continued to thrive. They have progressed from a cooperative agreement between masters and scholars in the Middle Ages to “teach and learn wisdom”, to organisational bodies that provided middle- and high-level managers for European kingdoms and churches, their colonies and their transcontinental spheres of influence.

Universities have moved from being small schools with a few dozen people to the main enterprise in many European cities. If universities do not respond to the challenge of their time they risk being left behind. At the end of the 18th century, French revolutionaries substituted universities by Écoles Supérieures, later Grandes Écoles. These institutions were designed for a new type of citizen to create a modern administration, manage a new economy and run a national empire. Later, universities adjusted to this new paradigm.

Wilhelm von Humboldt envisaged research universities where investigation become no longer a hobby for the well-off, but a public service. It allowed scientific supremacy and cultural, economical and political influence of the Western countries in the rest of the world. In the next century, with the introduction of the G.I. Bill, the post-Second World War era brought a new type of institution with new cultural and social dimensions, best exemplified in American campuses.

Over the past 65 years there has also been substantial change in the composition of student bodies. Women, racial minorities and immigrants have been incorporated progressively into lecture halls and classrooms. These groups are now also represented among academic staff and management. This kind of change has helped to create our current society and our modern world.

However, the unwritten contracts between universities and students, and universities and governments have been broken. A university degree is no longer a password for entry to the upper class – bringing automatically financial stability, health, fruitful and respected lives. The notions that universities are providers of necessary research to benefit the economy or pouring money into the academia is the best investment for a country’s future are also under review.

There will be a new university for the 21st century.

Life-long learning; e-education; social networking; information and communication technologies in learning and research; transnational campuses; and new sources of funding are just part of the puzzle. A new institution will emerge from this picture. The previous models of universities, the old paradigms are no longer fit. Either universities create this new institution or other providers will do it.

Existing universities are well-placed to satisfy demand for these new institutions but only a few will lead the way. Resistance to change will be strong, particularly among prestigious universities with solid financial credentials, that may not see the need for change but they are able to hire the best minds and then will have a clear vision.

Change is inevitable and is accelerated. The crucial task will be innovation, creativeness and the crucial question will be if universities are the best place to nurture it. If they do, they will reinvent themselves once again. If not, other institutions will do it. Francis of Assisi said it clearly: “Start by doing what’s necessary; then do what’s possible; and suddenly you are doing what seemed impossible.” 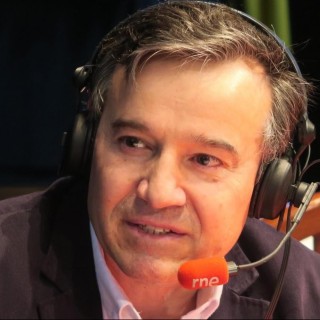